See also: Our Trust Board  Our Local Governing Bodies

The Trust has over 500 staff committed to improving the life chances of young people across in our communities. While the Trust provides the framework and foundations, our successes are the result of the collective efforts of every individual within our family of schools.

This collaborative vision is underpinned by our Trustees, and supported by the expertise of our Chief Executive, governing bodies and staff who work together across all schools, to ensure best practice and innovation is embraced and embedded. 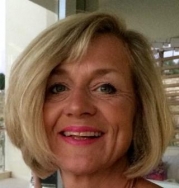 Educated in Yorkshire, Ann subsequently attended Birmingham University graduating with an English and Philosophy degree. She then worked in sales and recruitment consultancy for several years before returning to education to complete her PGCE at Leeds University. Ann has completed the National Professional Qualification for Headship and is a National Leader of Education, which enables her to support other schools in the country.

Ann has taught throughout the primary age range at a number of schools in Cambridgeshire and Northamptonshire. She started her career at Stilton Primary School as a Reception/Year 1 teacher. Whilst bringing up her own family she worked as a supply teacher and part time SEN support teacher at a number of schools in Northamptonshire including Barton Seagrave Primary and Latimer Secondary School. She then joined Thrapston Primary School as SEN Coordinator and whilst there taught year groups from Reception to Year 4 and carried out roles of PSHE Coordinator, Literacy Coordinator, Governor and Assistant Head Teacher.

Having successfully completed her National Professional Qualification for Headship, she joined Trinity Lower School at Aldwincle as Head Teacher and Year 4 teacher. She then moved to Havelock Infant school as Head Teacher and was instrumental in setting up Montsaye Community Learning Partnership in 2013. In May 2015 she became Executive Head Teacher across Havelock Infant and Junior school as the two schools federated under one Governing Body. Under her leadership, the Infant School gained an outstanding OFSTED judgement in 2015 and the Junior School moved from Requires Improvement to Good.

In 2016 Ann became Acting Chief Executive for the Trust in addition to being Executive Head Teacher at the Havelock Schools. SInce September 2019 she  became full time CEO for the Trust.

Peter has worked in the education sector for over 9 years, first joining Montsaye Community College in January 2010 as their Business Manager. His role developed into part time Business Manager, part time CFO when the school became part of the MCLP Multi Academy Trust in September 2013. The CFO role was then made full time in June 2017.

Prior to this Peter gained a wide range of finance and personnel experience in a variety of roles within both the public and private sectors. Peter's responsibilities include managing Trust finance, acting as Company Secretary and Data Protection Officer, plus governance and legal support to schools.

Executive PA and Clerk to the Trust - Penny Rawlins

Penny joined the Trust in October 2018 after moving from London. She started her career in the Civil Service, then worked as PA to the Chief Executive of the homelessness charity Centrepoint for 3 years. She then moved to become the Executive Assistant to the Director of Children and Families at the London Borough of Brent for 10 years.

Penny's career in the education sector spans almost 20 years, both at local authority level and within schools. Her roles have varied from school administrator through to governance, where she worked as Clerk to the Governing Body at a number of schools for over 10 years.

Nina joined the Pathfinder Schools central team in August 2019. Nina has worked in HR for eight years, five years of which specialising in the education sector. Nina has previously worked for two Multi-Academy Trusts and as a HR Manager / Consultant supporting over 100 schools with their strategic HR needs.

Nina's role supports the delivery of the Pathfinder Schols HR strategy and provides a service to our family of schools which is robust, supports the wellbeing of our staff and promotes the achivement of the Trust's overall aims.